I don't know too many other topics that get students as excited as ROBOTS!  Just the thought, the word, a picture, and my students were smiling from ear to ear with excitement and anticipation about this art lesson.  We discussed how robots had jobs to help people.  We brainstormed about what their robot's job would be - how would it help them?
After viewing images of robots and coming to the conclusion that we could make robots out of shapes and lines, I demonstrated the printmaking technique of stamping.  Up, down, up, down.  The students created the robots using black paint and found objects for stamping.  Next, they titled their robot for it's specific purpose.  Then, they used watercolors to paint their robot.  Finally, they attached their robot to a large blue paper and did the stamping technique again - this time using Legos and neon paint.  Super fun! 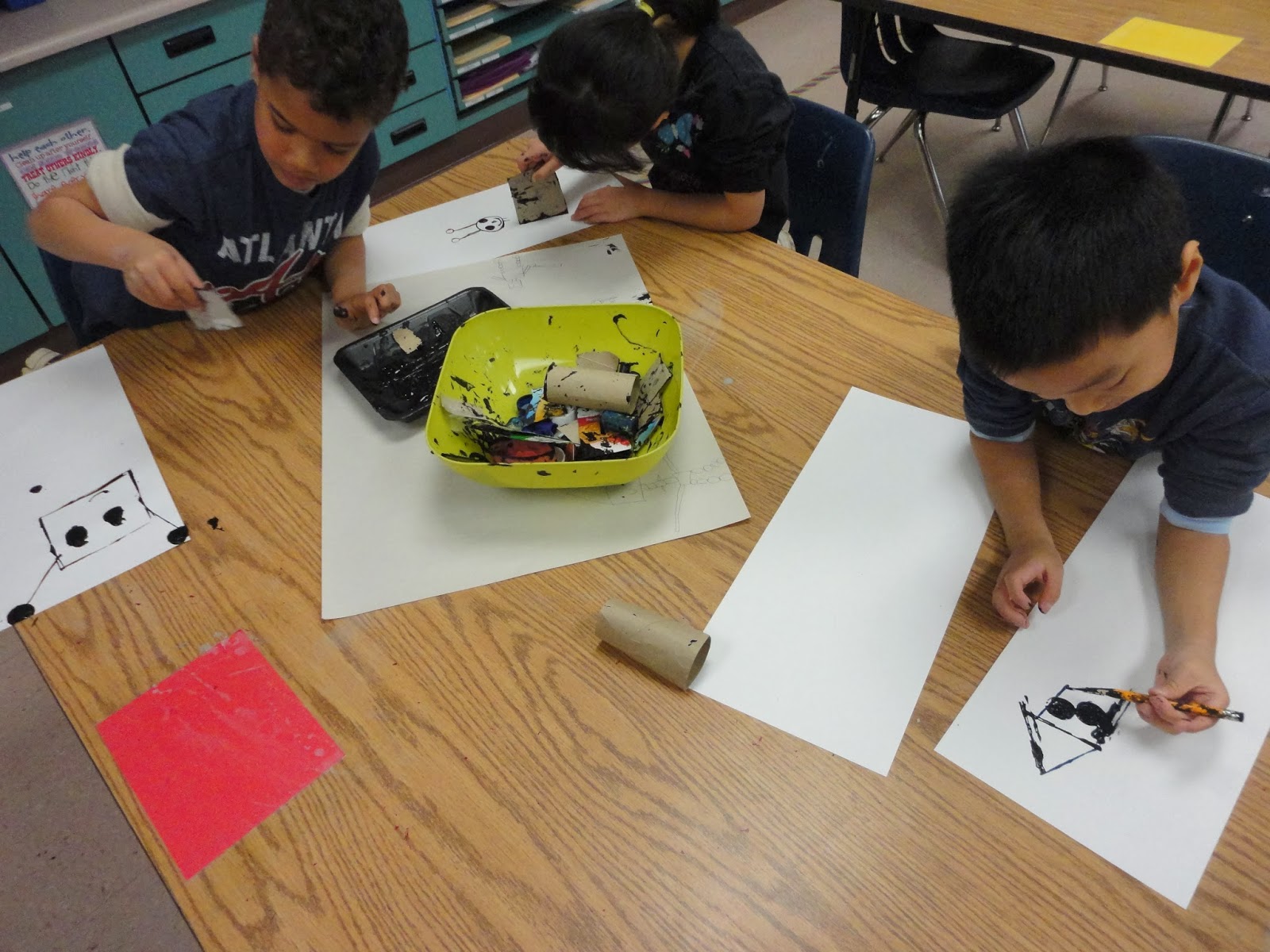 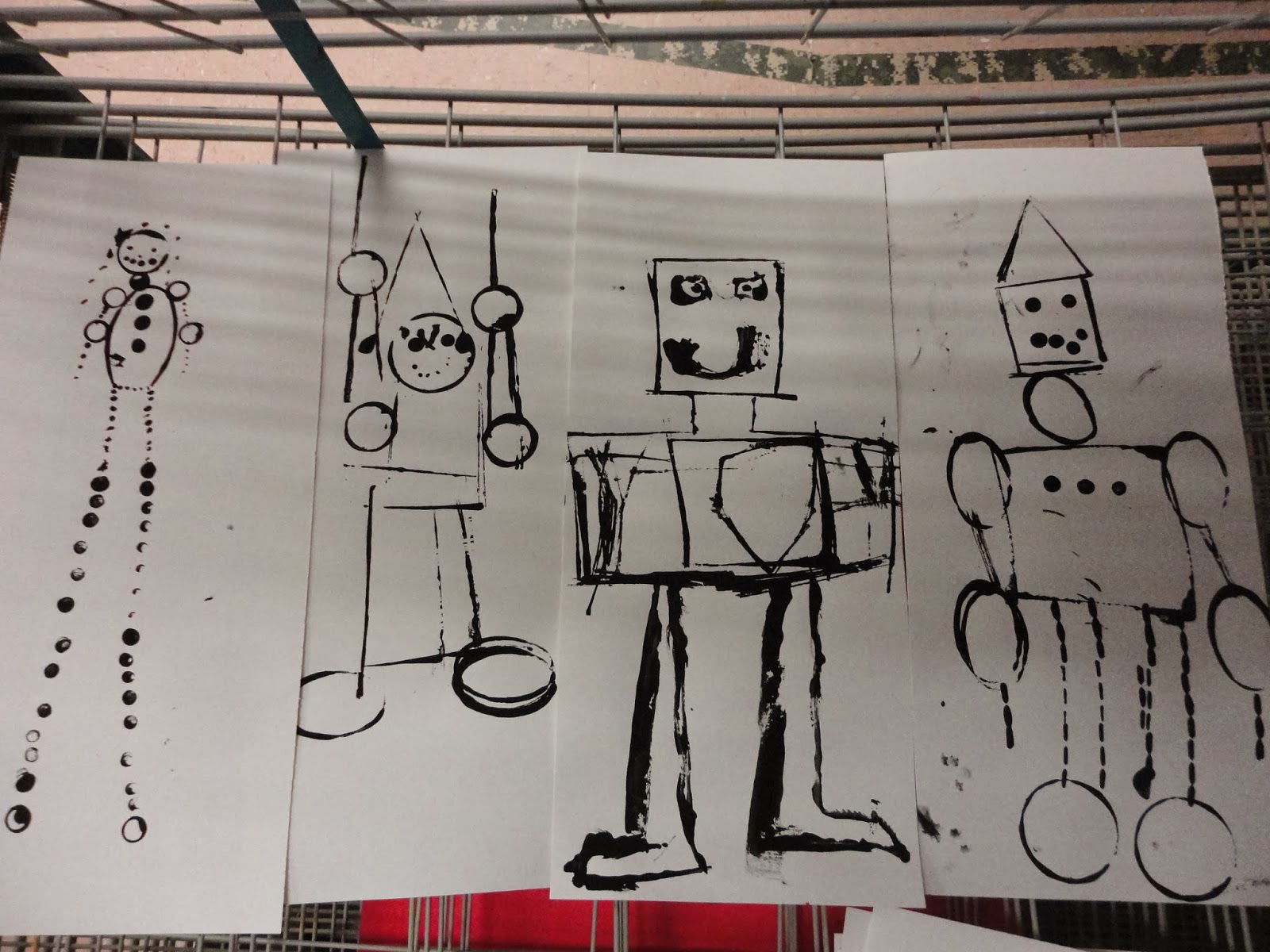 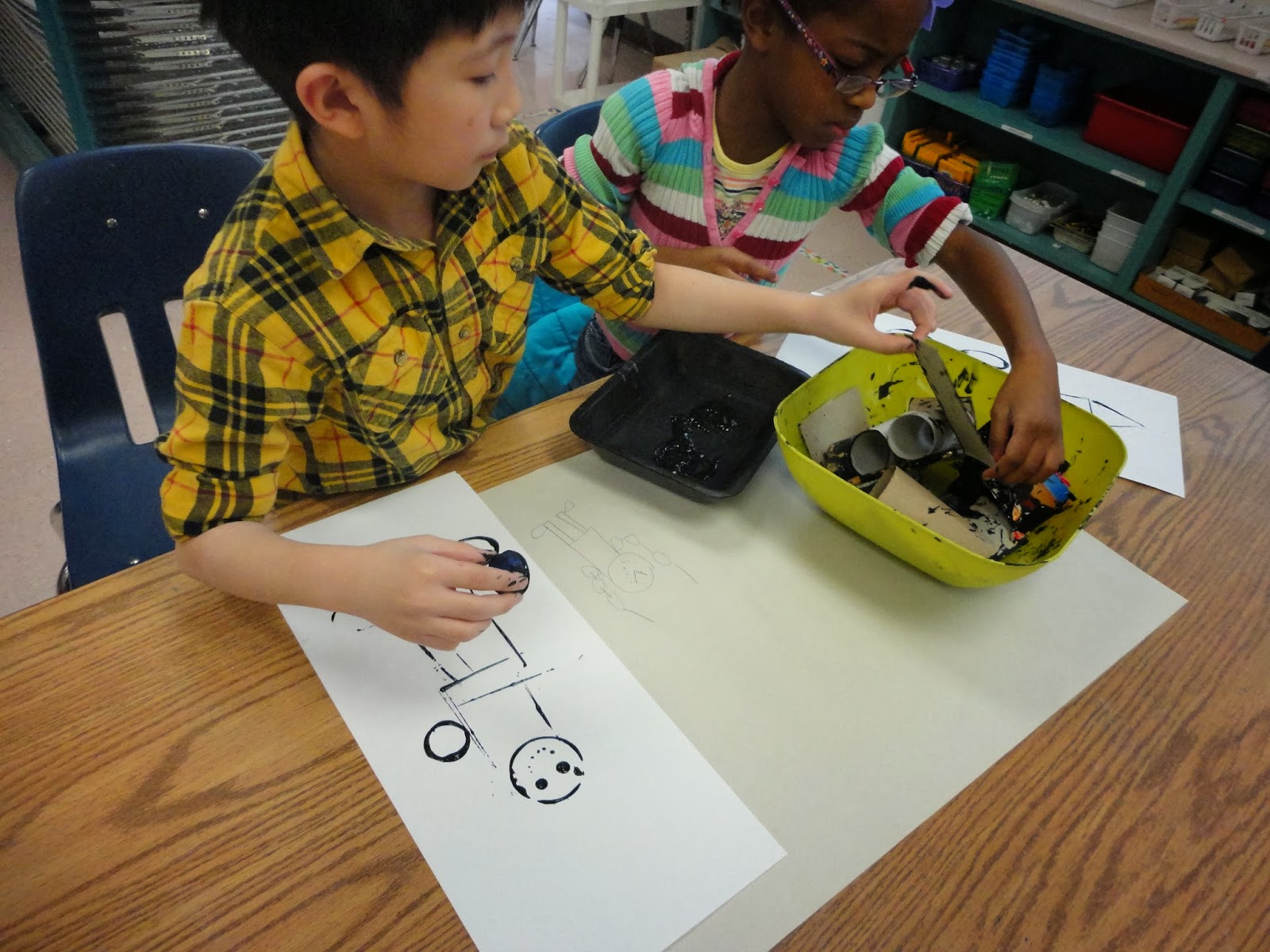 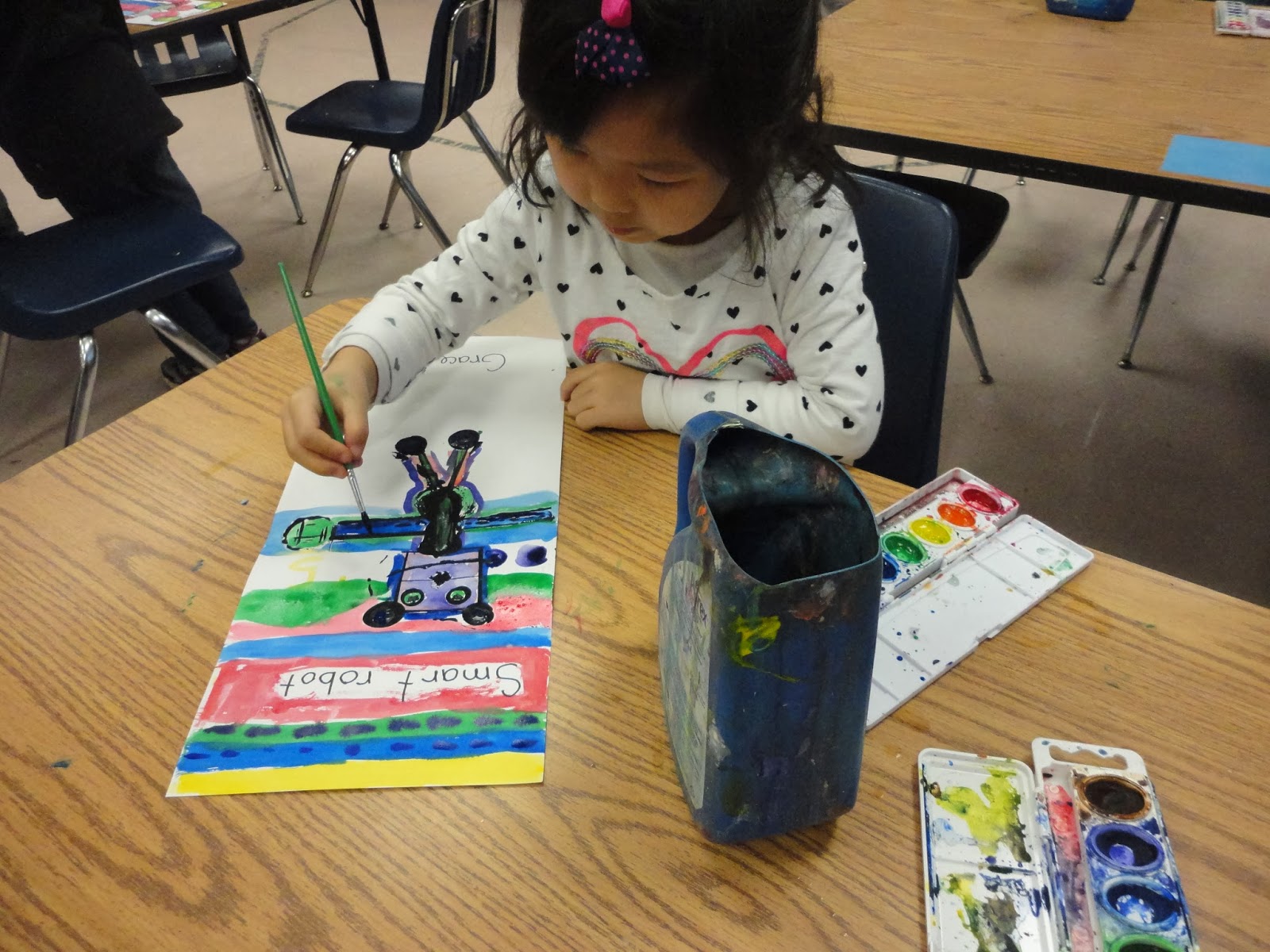 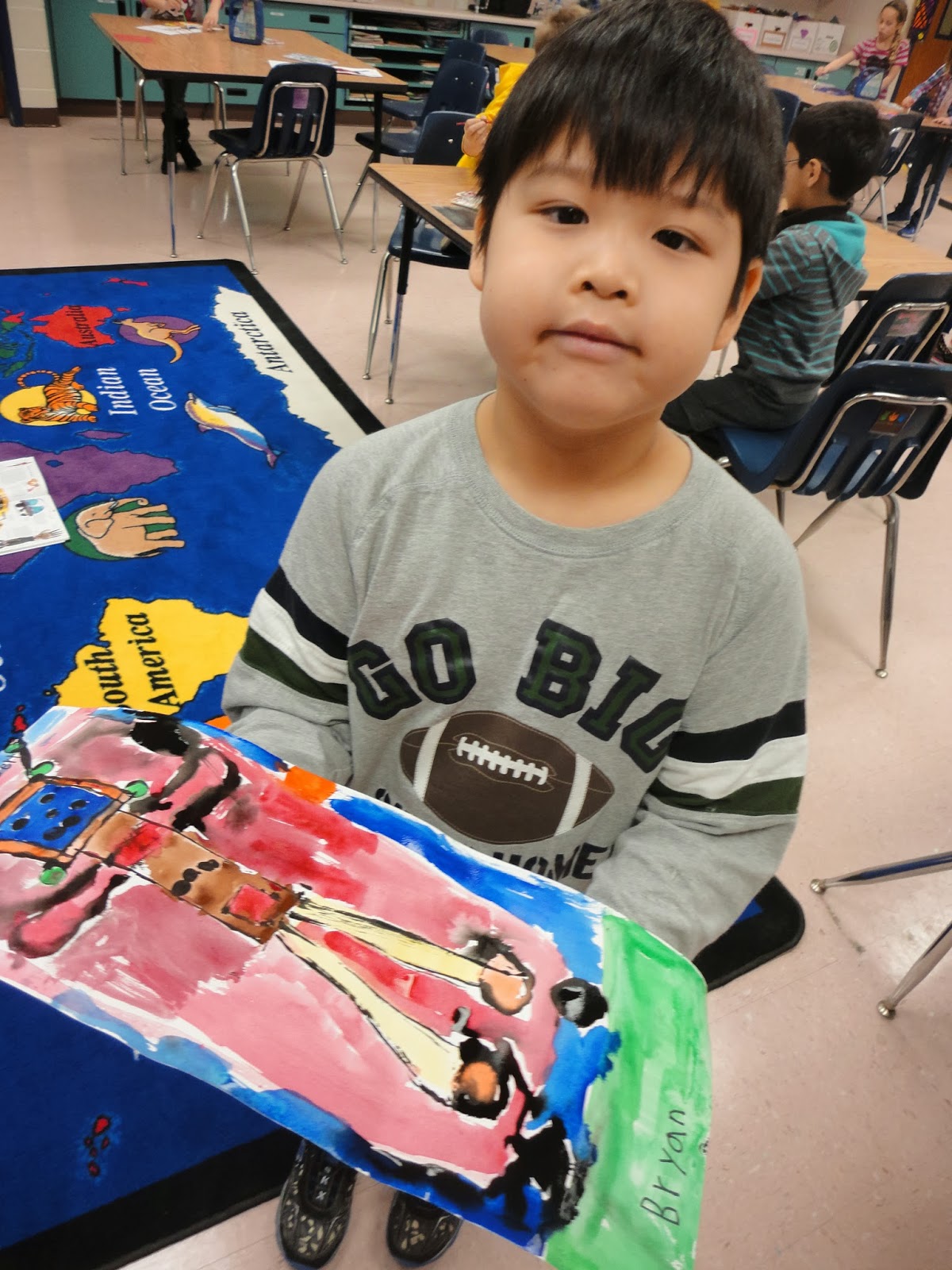 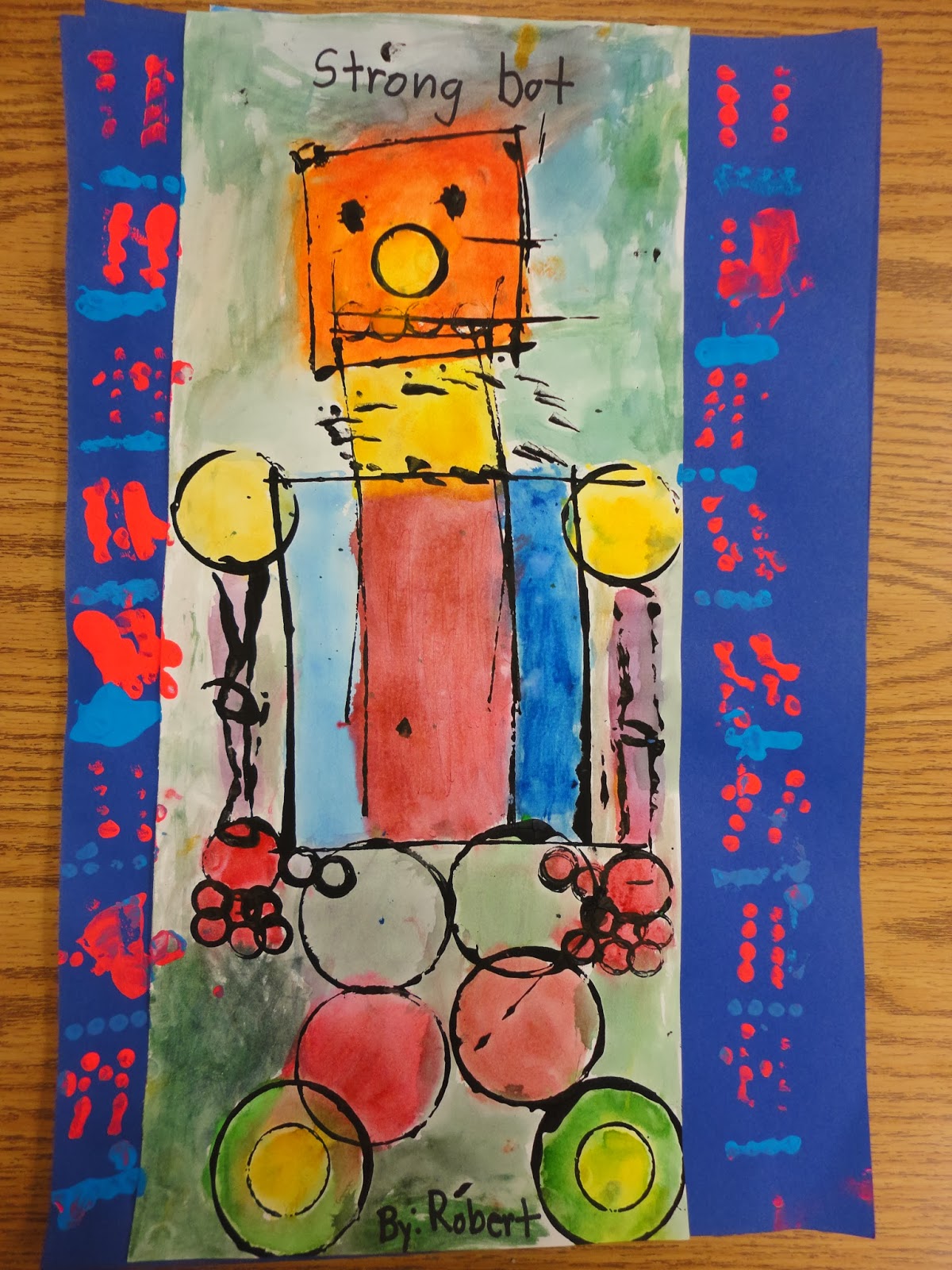 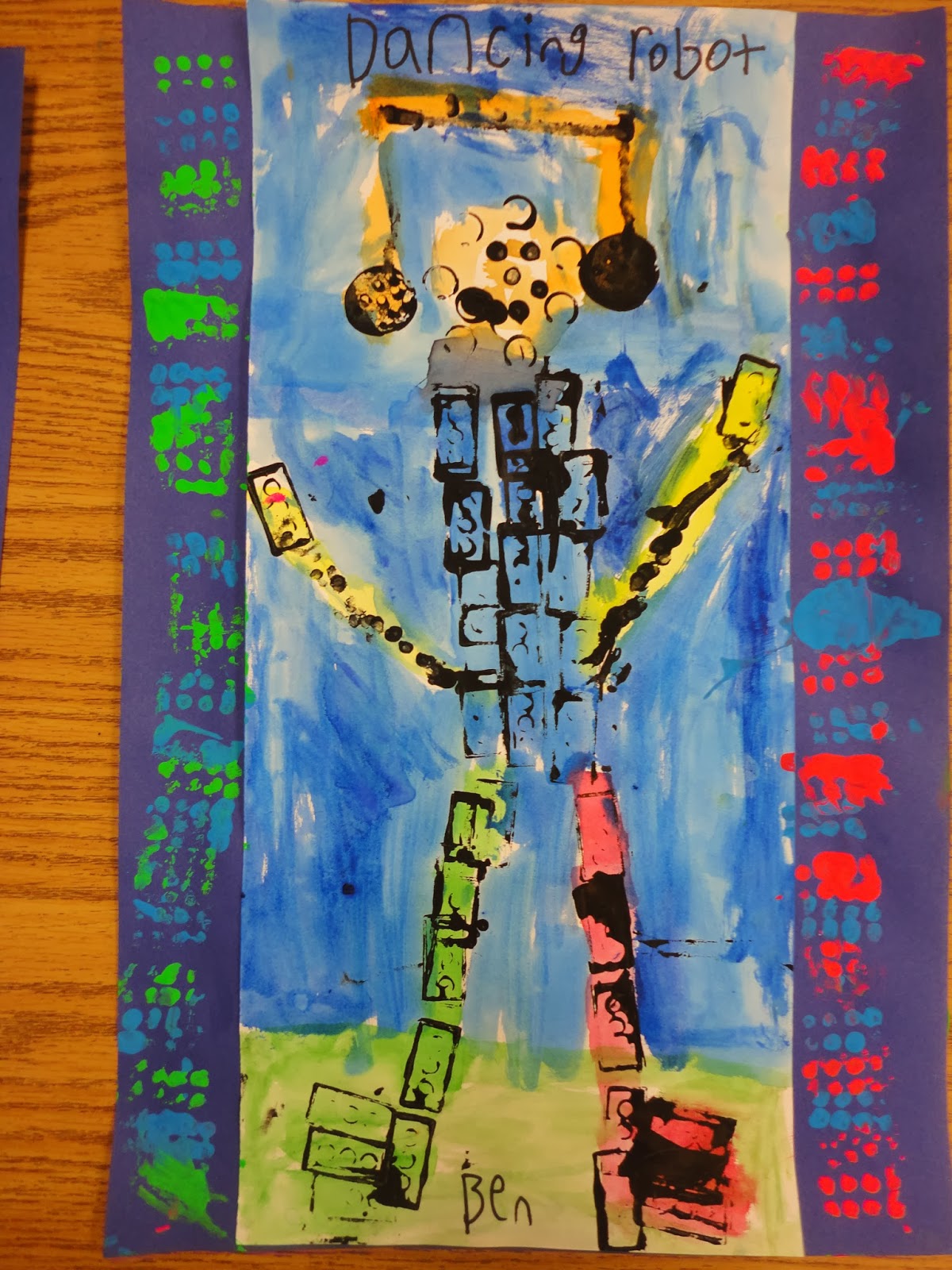 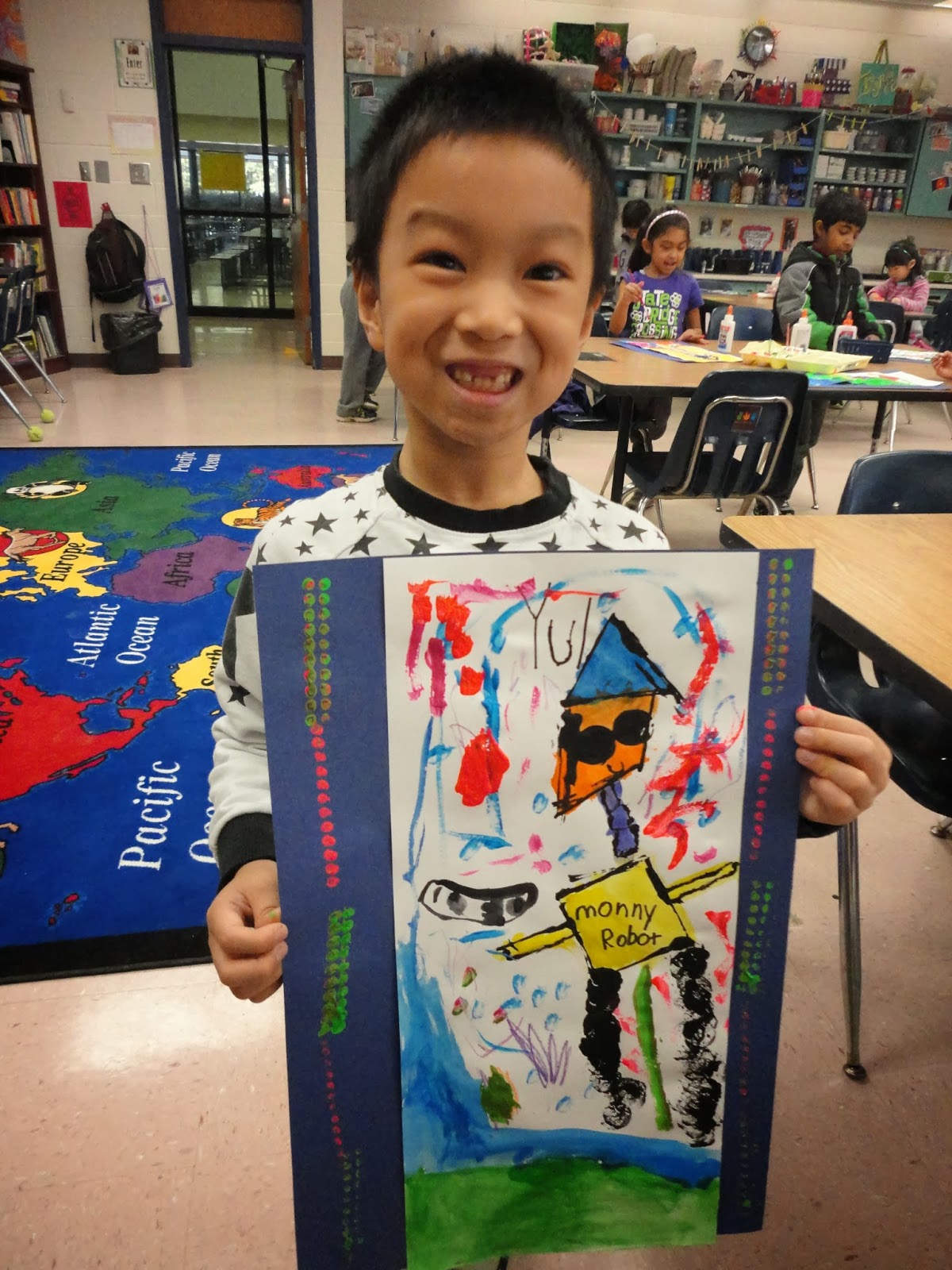 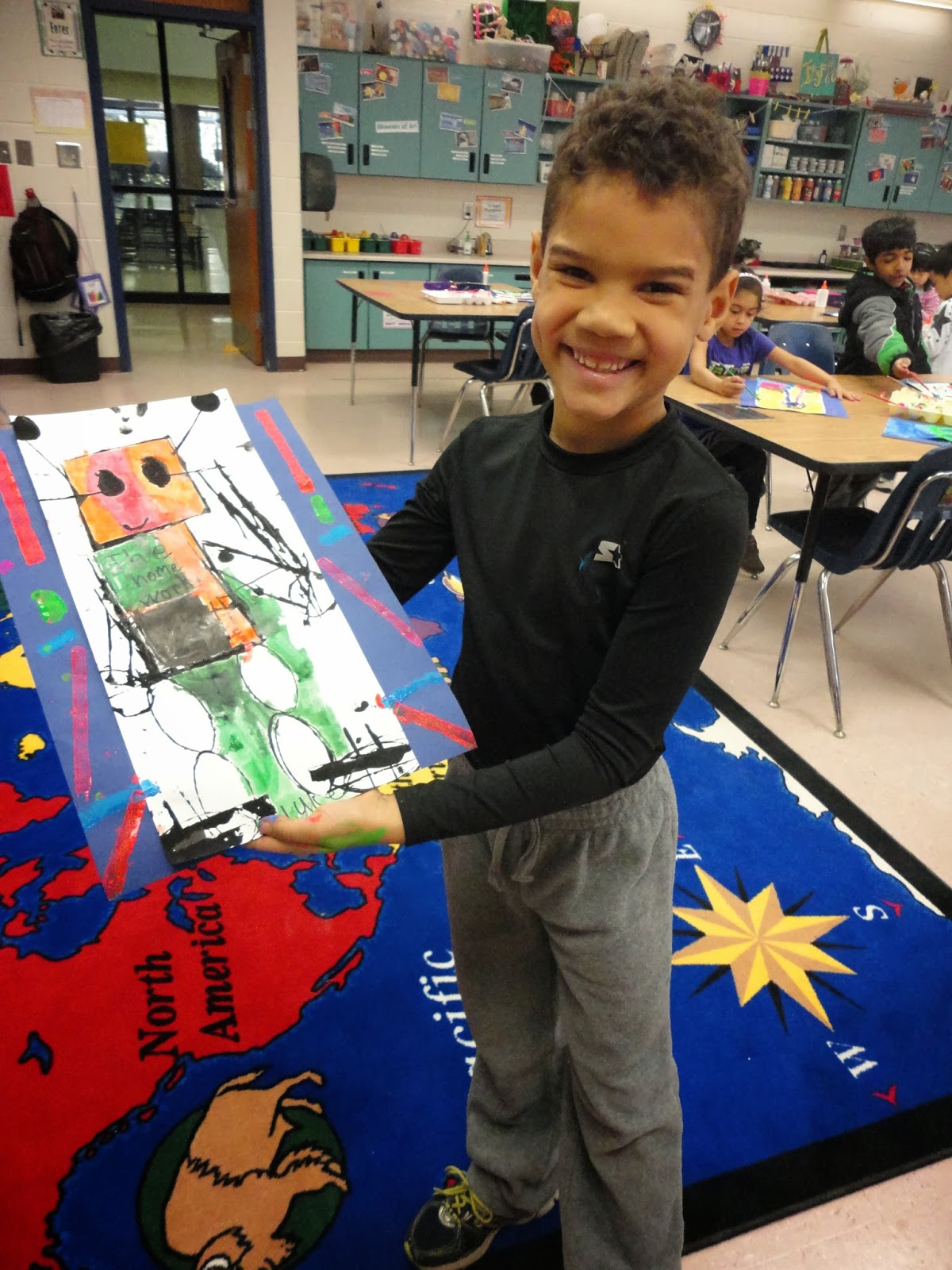 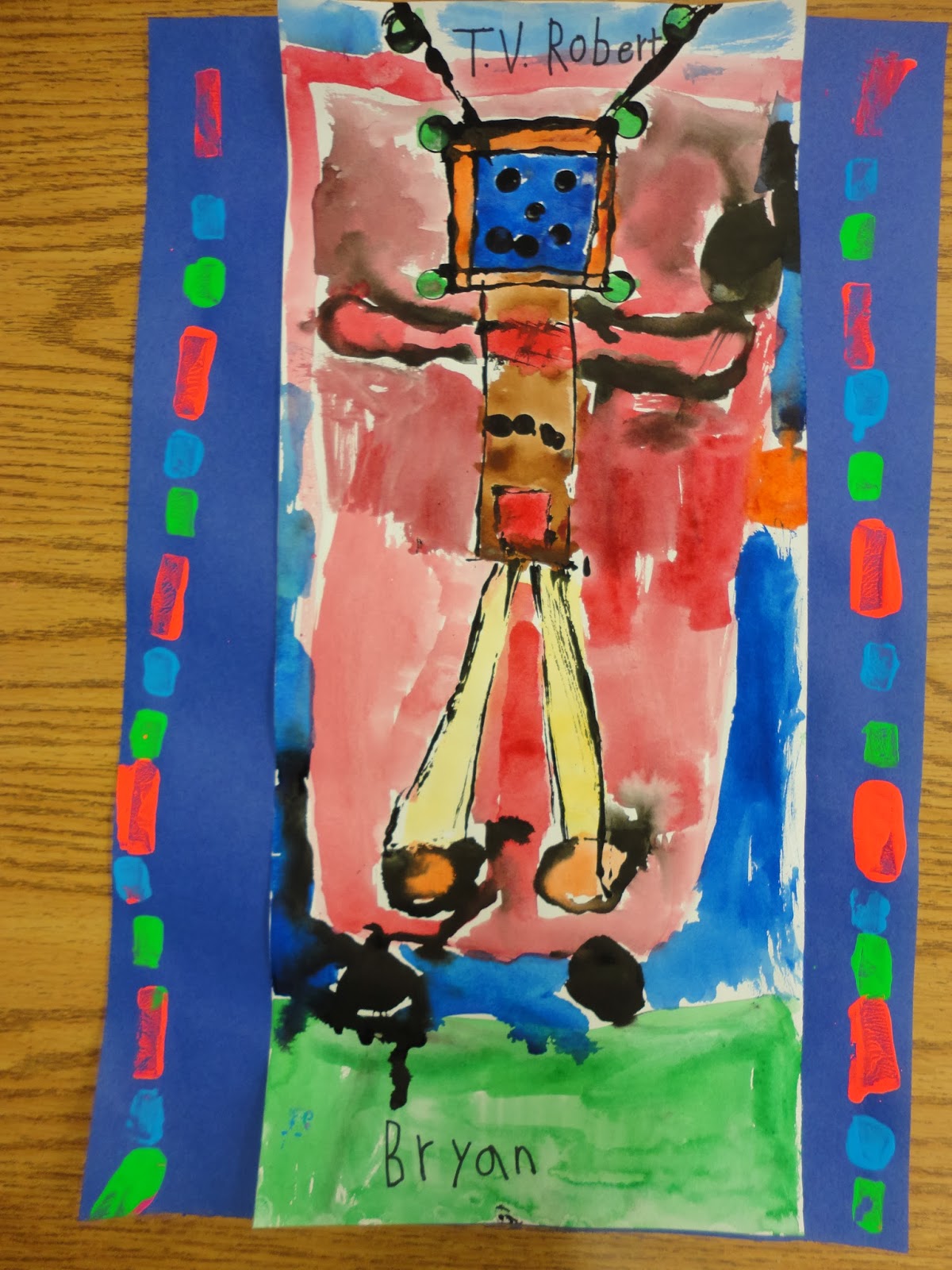 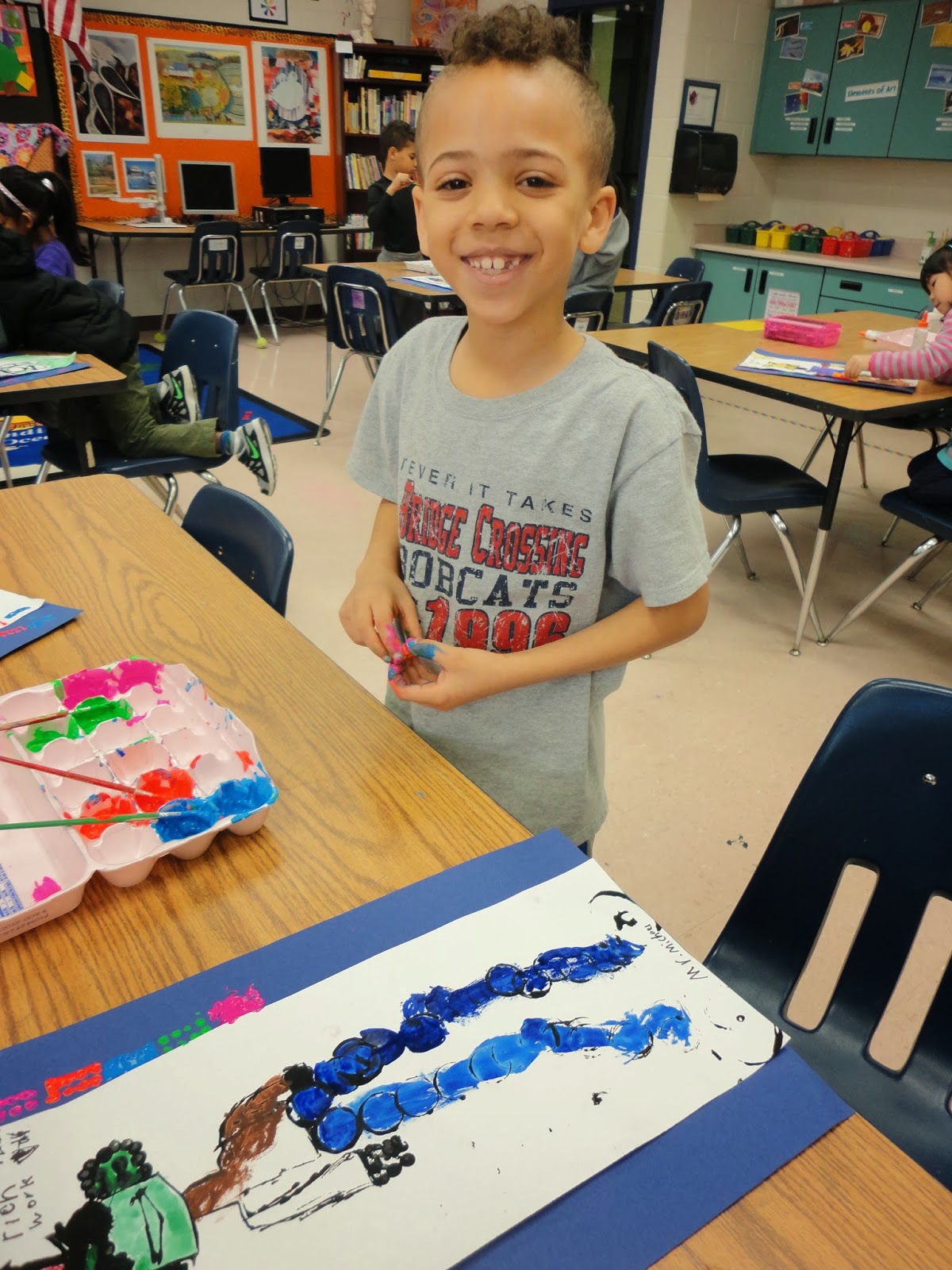 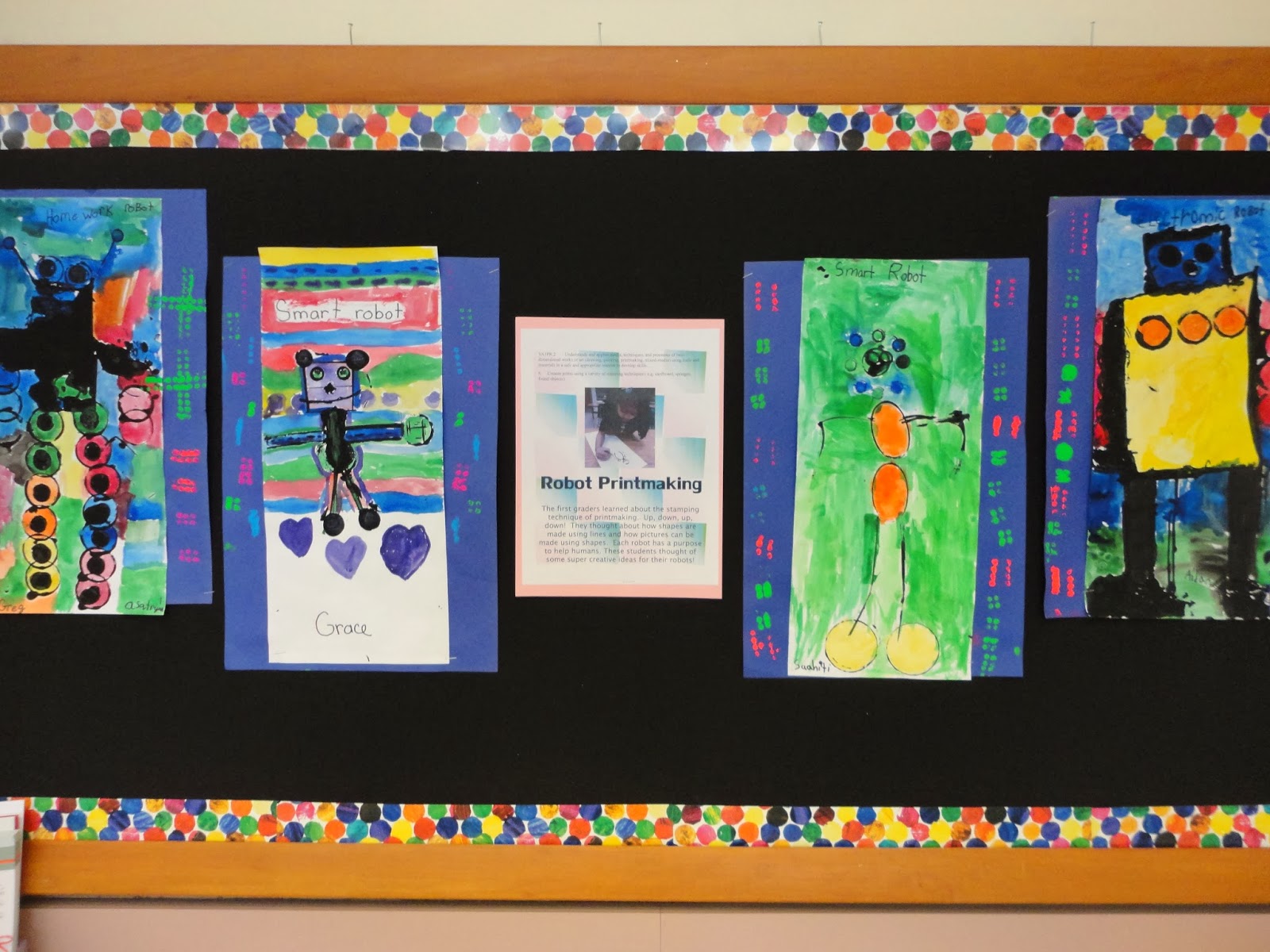 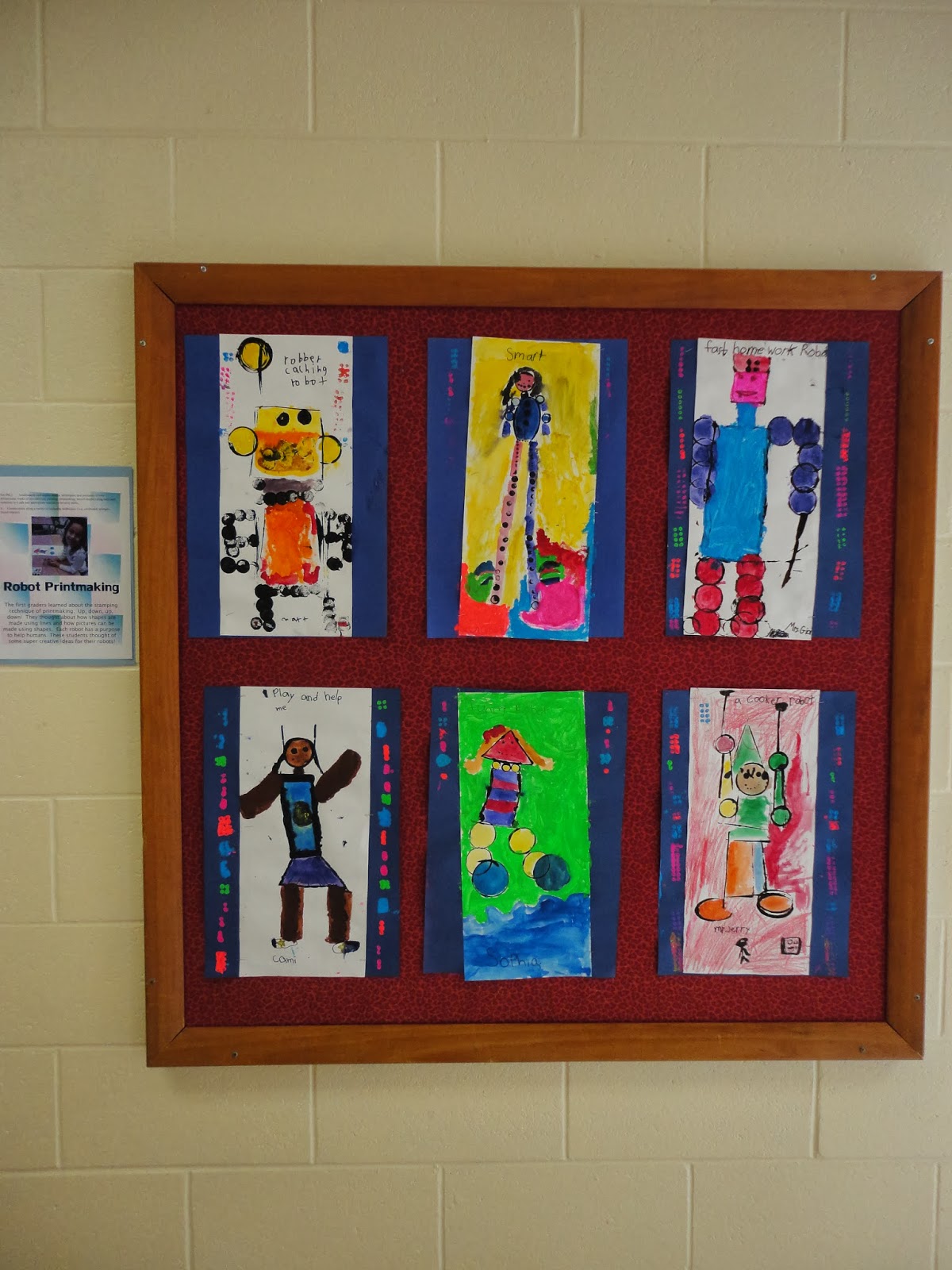